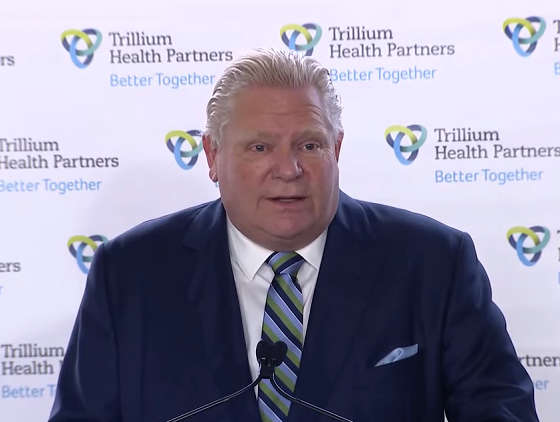 Over $210 million in COVID-19 relief money was given to ineligible businesses in Ontario.

The Ford Government handed out millions of dollars in COVID-19 support payments to ineligible businesses.

The Auditor General released the findings today. Over $210 million was given out to businesses and people who shouldn't have qualified. The Province has decided to not try to recover that money.

Premier Doug Ford was asked about it today, saying when you give out over $3.3 billion in recovery funds, some fraud is to be expected.

"When we are rushing the money out the door to support the small businesses that were in desperate need of it, you are going to see some fraud and we don't take that lightly but there was a lot of people that were supported to the tune of $3.3 Billion dollars, not once, but twice. We gave the first grant and then we doubled it up, shortly thereafter, so I think a lot more people benefited than got hurt on that."

The report from the Auditor General also found a huge labour shortage in the OPP right now. They currently have around 1000 positions that need to be filled for frontline constables.