Domino's Pizza Goes All In For Hunter 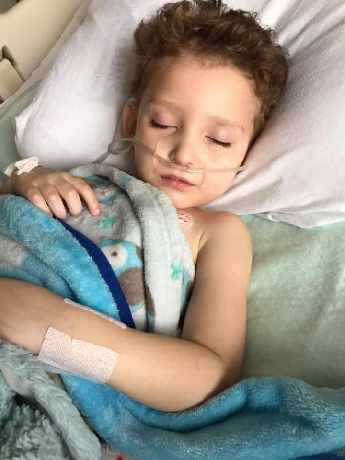 Today Domino's Pizza in Ingersoll and Woodstock will be donating all of the profits from the sales of large pepperoni and cheese pizzas to 3-year-old Hunter Weston and his family.

INGERSOLL/WOODSTOCK  - Domino's Pizza in the Town of Ingersoll and the City of Woodstock is donating 100 percent of profits from large pepperoni and cheese pizza sales today to 3-year-old Hunter Weston and his family.

Hunter is battling cancer and is waiting for a second surgery, while he undergoes chemotherapy to try and shrink a tumour in his belly.

He has already gone through one surgery and they are hoping the chemotherapy will shrink the tumour enough so it can be removed with a second surgery.

The community has really rallied around the little guy and his family, holding a massive bottle drive last month that raised thousands of dollars. Make sure to buy a large pepperoni or cheese pizza today and all the funds will go to the family.

The fundraiser is only happening at the Dominoes on Charles Street West in the Town of Ingersoll and the Domino's on Norwich Ave in Woodstock and it only applies to large cheese or pepperoni pizzas.