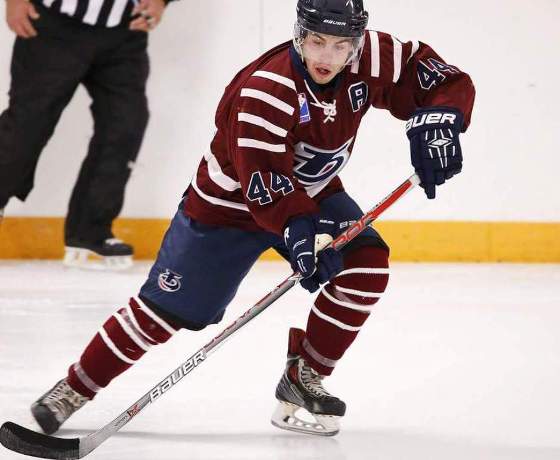 "It's not all about winning and having a winning record, it's about promoting these players."

TILLSONBURG - The Tillsonburg Hurricanes GMHL Team has a lot to celebrate.

Owner and General Manager Ian Ellis was proud to watch three of their players take to the Ice in Niagara for a special showcase - Mircea Constantin, Chandler Knibb, and Tyler Jansen.

"We have those few players who have opportunities to do school and pro hockey - they've been offered pro tryouts down in the Southern Pro Hockey League for next year. So it's not all about winning and having a winning record, it's about promoting these players to school."

Knibb is considering offers to play NCAA and ACHA hockey, while Jansen has an offer from Wisconsin University.

"Mircea Constantin is playing in the Romanian Cup December 20th to the 22nd. He was the captain on the World Junior Team in Romania. He's going to go pro - he's got tryouts down in the Southern Pro Hockey League now for the spring."

Ellis says although they will make the playoffs this year, the focus has been more on player development and expansion.