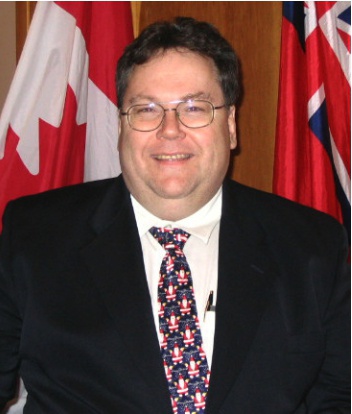 INGERSOLL - An Ingersoll councillor you may recognize is hoping to have a 5th term.

Gord Lesser has owned Lesser Jewellers in Ingersoll since 1995 and has now served the town of Ingersoll for 16 years on Council. He has helped accomplish a lot over the years.

"When I first started as a councillor, [Ingersoll's] finances were in a little bit of rough shape. We're now at a situation where we're using the money that we bring in from taxation to pay all our bills. We're not having to worry about borrowing or anything which is a great situation to be in, plus we're reducing our debt at the same time."

Lesser has also been a part of the land deal that brought in 15,000 acres of mostly industrial property that the town is still filling today, as well as the overall improvements of infrastructure.

If Lesser is re-elected, he says one thing the town definitely needs is a new complex.

"Our arena is certainly old. I know we've been working on it as a Council, but the biggest thing is just trying to get some federal or provincial funding to help us out."

Lesser believes that Ingersoll is a great town with lots of opportunities and is hoping he can help keep it on the same trajectory.

The municipal election takes place this fall on October 24.