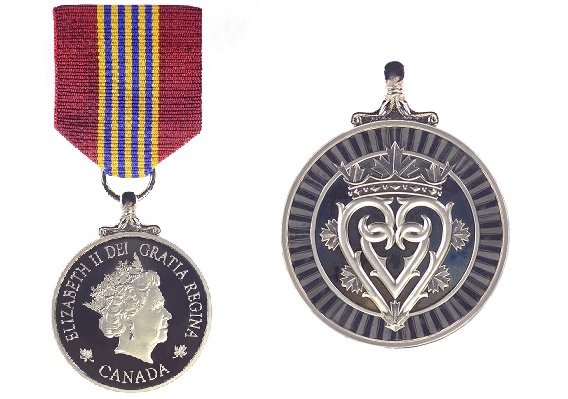 A local woman has been honoured for her volunteerism on a national scale.

Bowerman has been volunteering for the Canadian Cancer Society of Oxford since 1979, starting off as a door to door canvasser. Office Coordinator Pam Noels says since then Bowerman has played a big role at the Cancer Society.

"She is a model volunteer for the Society and through her efforts has been a contributing factor of raising over $3 million through our Relay for Life in Woodstock."

She has also volunteered with other clubs and organizations throughout the years.

Bowerman tells Heart FM receiving the medal is quite the honour, but it is not why she volunteers.

"I do it for the results and hope that the event is a success. I was involved with the Skating Club; it was fun watching the kids grow up and stay in it for quite a while and their accomplishments. Those are the rewards and the people you meet."

The Canadian Cancer Society of Oxford nominated Bowerman for the honour. She was unable to attend a ceremony in Ottawa on April 25th in order to receive her medal so it has been mailed to her.