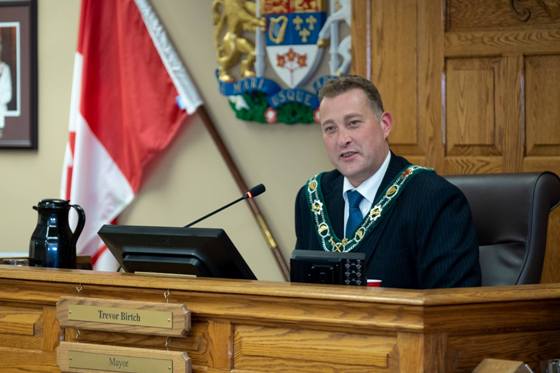 The Mayor will be paid his full salary during his forced leave of absence while he deals with court proceedings for charges including sexual assault and sexual assault with choking.

The Mayor will be paid his full salary during his leave. The leave of absence will remain in place until he his done with his court proceedings.

Trevor Birtch has stepped back from his duties since he was arrested and charged in February.

He has not made a public statement on the charges. Birtch has been to a couple of County council meetings since announcing he would be stepping back, however he has not appeared at Woodstock City council.

There have been several calls for the Mayor to resign, including one from the The London Abused Women Centre.

The leave of absence motion was brought forward by councillor Deb Tait. It passed unanimously without any discussion.

You can read the motion below: