Woodstock Jr. Navy Vets Looking to Claim the U18 A OHF Championship This Weekend 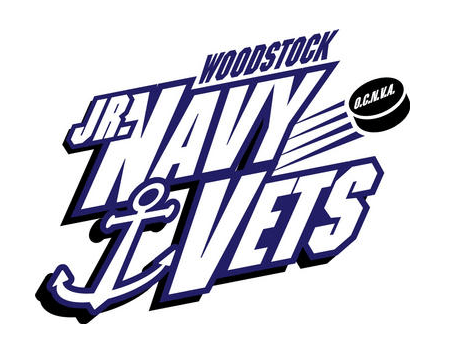 Coach Alfie Breton is excited for his guys as they get set to host the OHF Championships this weekend.

WOODSTOCK - The Woodstock Junior Navy Vets are gearing up to play for the Single A U-18 Championship this weekend.

They will take on the Burlington Eagles in the opening match this Friday at 10 a.m.

The other teams taking part include the London Junior Mustangs, the Wawa Legionairres and the Porcupine Gold Kings in Division A action.

Head Coach Alfie Breton explains how his team qualified for the OHF's this year.

"The Association called us and said we had an opportunity to host it, because it is a mixed division with two age groups, one being the last of the OHF's, we decided as coaches to let them decide if they wanted to play Single A in the OHF's or try to qualify for Double AA. I didn't want to decide for those second year players, because it is there last go at it. We gave them the weekend to decide and they decided they wanted to host the Single A."

Breton says it is always interesting playing teams you have never seen before.

"It is new challenges, we are basically a single A centre, so it doesn't mean that these Single A teams aren't going to be competitive, they are very good, they won all their leagues. It is going to be some great competition and it is nice to play teams you haven't seen, other than London, they are in our league but everyone else, we have not seen or played."

Breton says his team needs to play their game to be successful.

"We have a couple of key injuries right now, that just kind of happened recently, so we have to play as a team as we have all year. I wouldn't say we are the most talented team, but we play hard like we have all season and we need to step it up even more for this tournament."

Woodstock's first game is against the Burlington Eagles at 10:00 am on Friday morning.

You can find the complete schedule online here. The games are open to the public and everyone is invited to stop by and check out some high level hockey action.