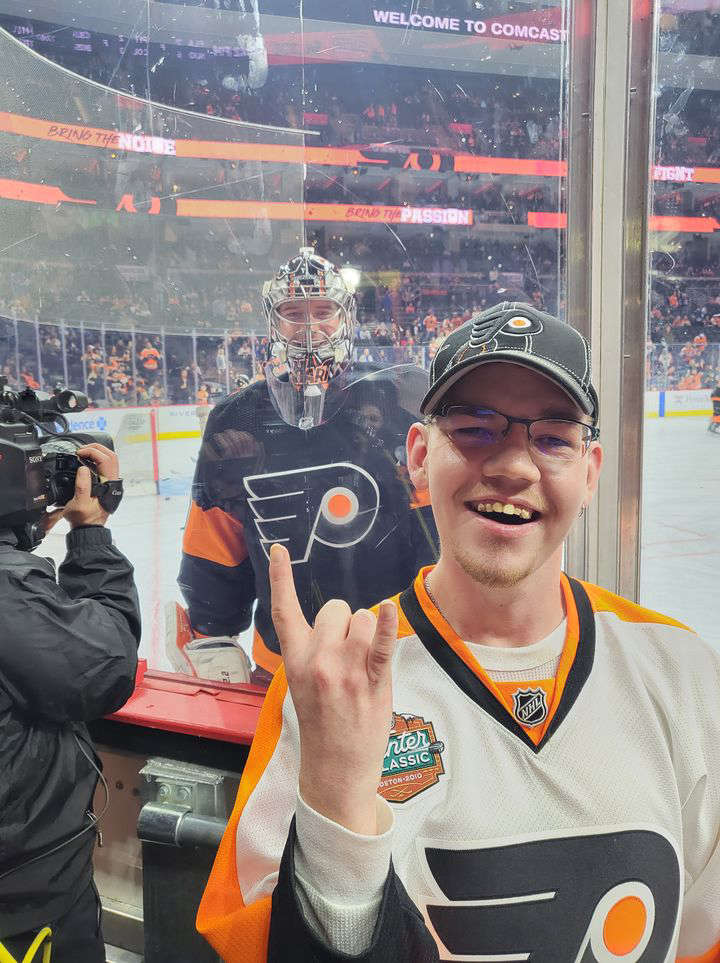 Carter Hart, Gritty and the Philadelphia Flyers gave a Woodstock man a weekend, he would never forget.

WOODSTOCK - Carter Hart, Gritty and the Philadelphia Flyers gave a Woodstock man a weekend, he would never forget.

21 year old Brandon Killam was born with Cerebral Palsy and club feet and also suffers from epilepsy, TMJ disfunction and he has amniotic band syndrome. Brandon has had 20 surgeries in the past 20 years that he has been alive.

Last month the Philadelphia Flyers invited Brandon and his family to come to Philadelphia and watch the Flyers play the leafs. Gritty, the teams mascot, sent Brandon a personalized video invite. The family went down on Saturday for the game.

Brandon's Dad Jeff Killam said the Flyers went above and beyond and they got a special visit from Brandon's favourite player.

"The surprises were that Gritty would come by and pay him a visit during the game, which he did, he got to hang out with Gritty for a few minutes. He got to see him, just after he got to ride the zamboni out on the ice. Once that was done and the warmup was happening, then the next thing I know, there was a player standing behind him. It was Carter Hart, his favourite player, so Brandon turned around and had a great big smile on his face. It was absolutely fantastic, I have never seen him smile like that before in his life. I have to thank Tori from the Flyers, she made this dream of his come true."

Killam says once they got inside the building, the smiles didn't stop.

Killam says they had no idea Carter Hart was going to do that. The Flyers also let them get on the ice and ride the zamboni.

Killam says it was the trip of a lifetime, even though the Flyers didn't get the win over the Maple Leafs. 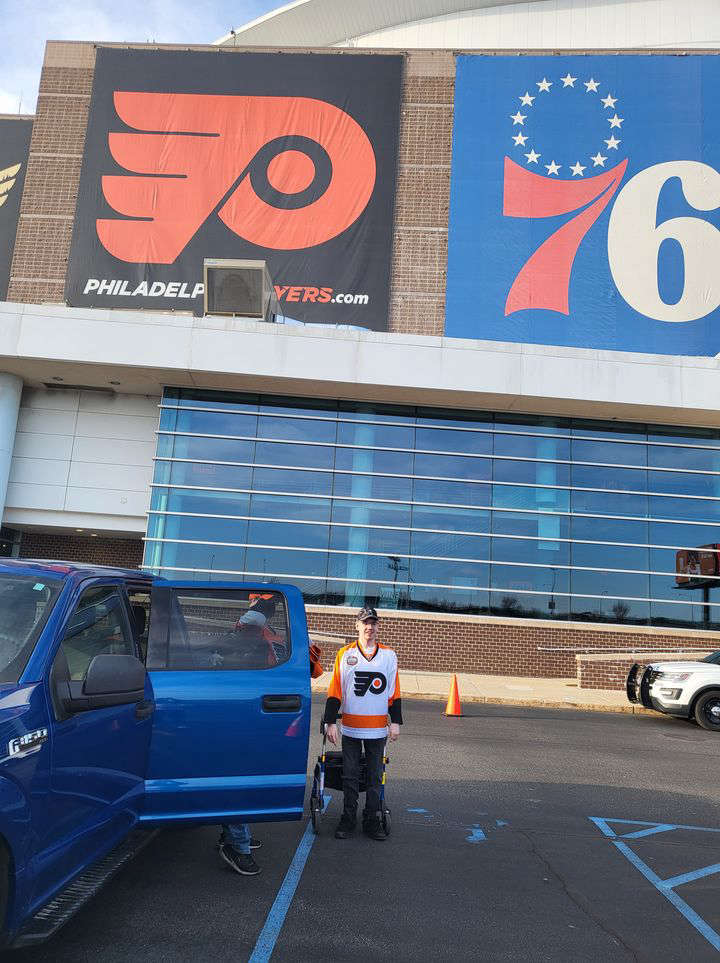 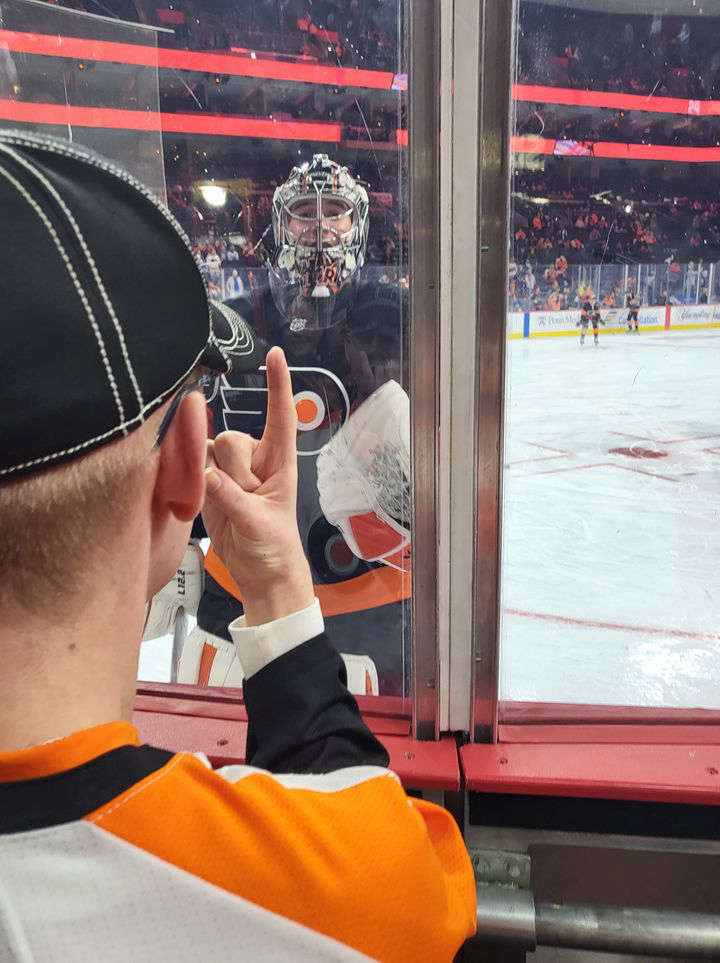 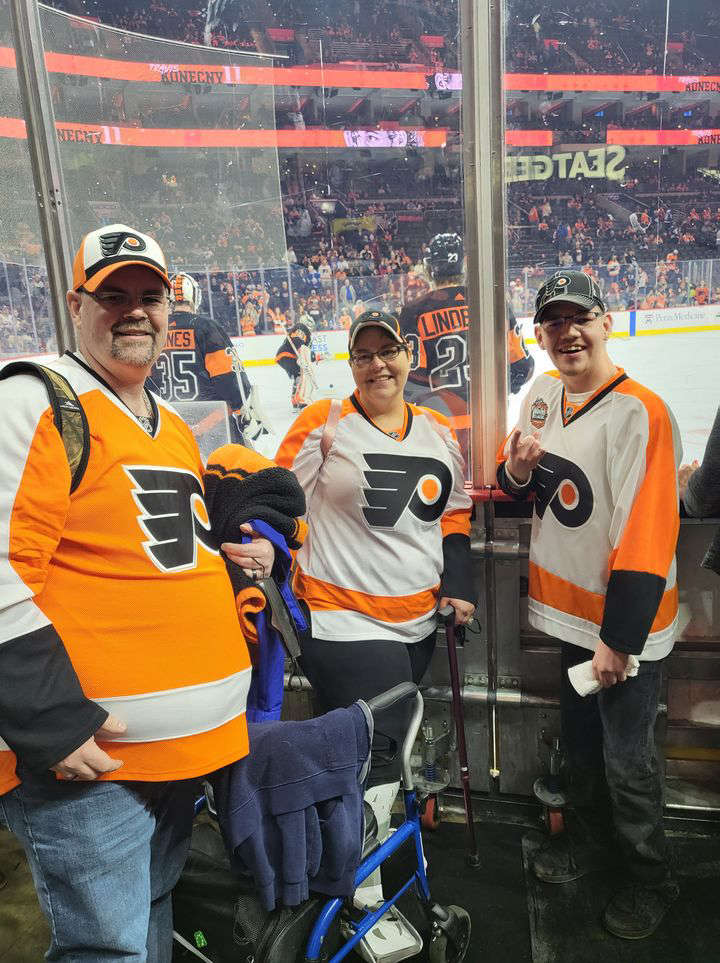 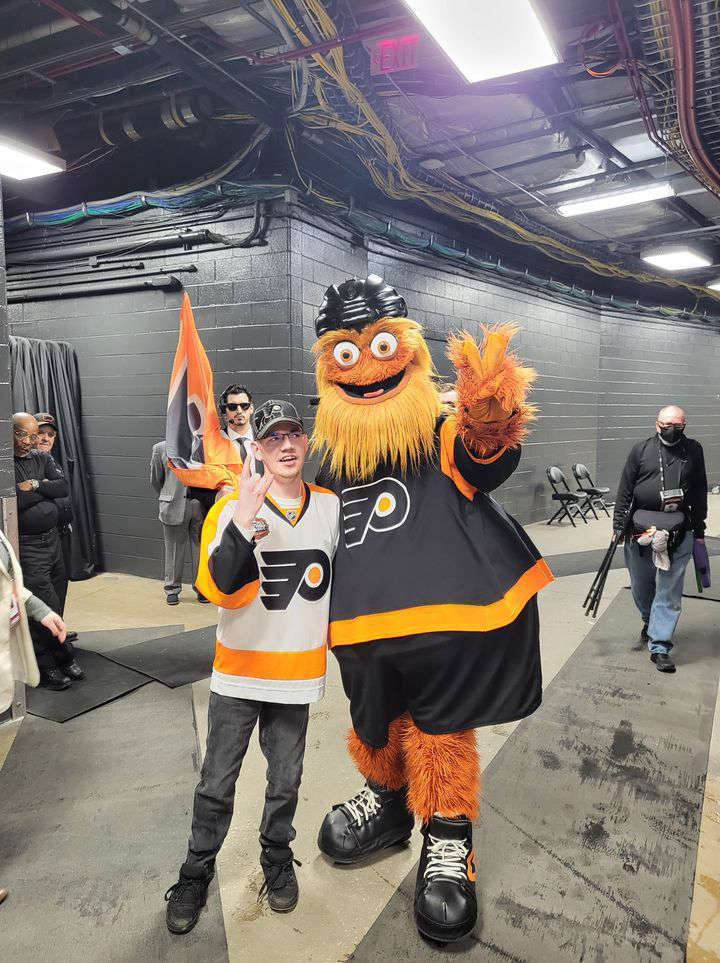