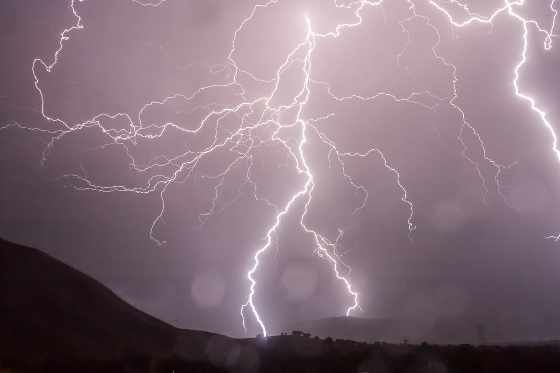 Environment Canada says this storm system could bring nickel size hail and wind gusts up to 120 kilometres per hour.

UPDATE: Environment Canada has called off the severe thunderstorm warning for Oxford and Brant.

It's still predicting a chance of showers for tonight. The temperature should also drop to 18 at some point this afternoon.

It says the storm could bring nickel size hail and wind gusts up to 120 kilometres per hour. There is also a risk of tornados.

You should take over immediately if you notice threatening weather. Lightning kills and injuries Canadians every year. The strong winds can also break tree branches and toss around loose objects.

The storm could reduce your visibility on the roads, so make sure your headlights are on and drive with caution. The roads could also become slippery due to the rain.