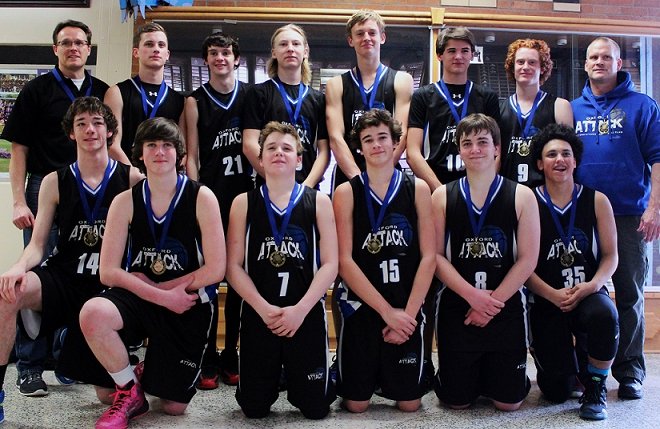 The Attack dominated the tournament finale against their pool opponent, the Burlington Force, 63-46, by playing great man to man defense and receiving solid rebounding contributions from everyone in their lineup.  Burlington switched their defense from zone in pool play to man in the final and the Attack exploited their defense with numerous cuts and drives to the basket throughout the game.  The Attack broke the Force half court press with ease and relied on their defense to carry them to victory.

The Attack boys opened the tournament in pool play versus the same Burlington Force.  The Force played a 2-3 zone which the Attack shredded by draining 11 3-point shots en route to a 67-55 win.

The boys next faced another zone defensive team in the Etobicoke Thunder.  Once again the U-16 Attack connected from deep, hitting 10 more 3-point shots over top the zone and rolled their lineup to a balanced 49-39 win.

The Attack crossed over in the semi-final to play BC Troyka from Toronto.  The Attack took control early, stifling Troyka’s offense with great man to man defense and won handily 55-33.